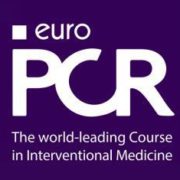 Osprey Medical Inc. is pleased to announce the results of the DyeVert Pilot Trial as presented at the European Association of Percutaneous Cardiovascular Intervention’s annual conference (EuroPCR) during May 19th in Paris, France. The results from the clinical trial were presented to one of the world’s largest international conferences in the area of cardiovascular medicine with over 12,000 attendees.

Professor Steffen Desch presented the results of the DyeVert pilot trial that was performed at the Heart Centre in Lübeck, Germany and Monash Medical Centre in Melbourne, Australia. Monash’s Dr. James Sapontis was the principal investigator of the study. This prospective, non-randomized, single arm trial found that the DyeVert™ System saved 47.4% contrast dye on average in all patients, 50.3% in PCI/Stenting and 46.6% in diagnostic procedures.

Osprey to present at TCT 2016
Scroll to top